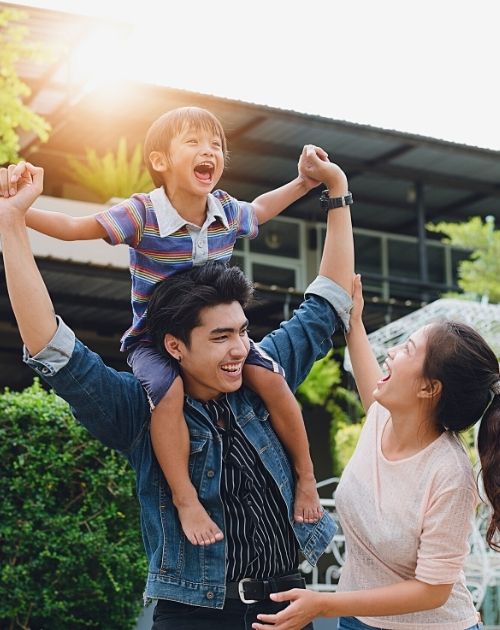 In 1955, when the Philippines was experiencing economic prosperity, two separate companies with one common goal forged ties with each other. Andres Soriano Corporation (ANSCOR) and Phelps Dodge, based in the USA, had one shared vision: to provide the highest quality standards in electric wire and cable products.

Over the years, this shared goal transformed into a way of life both companies believe in and follow. A tradition of uncompromising quality, and a culture of innovation give Phelps Dodge Phil. an edge in serving customers: top-grade and world-class solutions that provide protection for decades.

Sixty years later, Phelps Dodge Phil. and ANSCOR carries on this commitment to people, and customers, continually building strong relationships, facilitating communication and information, and powering up the nation.

1955
A merger between ANSCOR and PDIC forms Phelps Dodge Philippines (PDP).
1968
The country’s dependence on imported rods ends when PDP acquires its own mill and starts manufacturing 8mm rods from wire bars.
1973
PDP begins a long-term partnership with the Philippine Long Distance Telephone Company (PLDT).
1979
PDP is the first manufacturer to locally produce 795 MCM Condor aluminum wires used by the National Power Corporation (NAPOCOR).
1981
PDP starts manufacturing aluminum magnet wires and acquires key production equipment, bringing it to the forefront of the industry: the Maillefer PM-11 Tandem Extruder Line and the Maillefer PM-12 Extrusion Line, the only one of each of its kind in the country.
1983
Through the operations of its Outokumpu Continuous Cast Rod plant, PDP acquires the capability to make copper rods from cathodes.
1984
PDP starts exporting copper rods to Hong Kong, Singapore and Taiwan.
1986
Underwriter’s Laboratories (UL) approves PDP building wires, making it the only wire and cable company with UL approval in the country.
1987
PDP starts exporting its building wires globally.
1989
The first Foam-Skin Filled (FSF) Telephone Cables are produced by PDP for PLDT.
1994
PDP produces the first and only dry-cured, high-quality power cables up to 35 KV.
1995
PDP became the first local electric wire and cable company to earn its ISO 9001 Certification, raising the bar for the local industry.
1997
PDP establishes Phelps Dodge Philippines Energy Products Corporation (PDE) to consolidate all the manufacturing operations of the various entities under PDP and provide focus to its growing manufacturing activities. The operation of the plant was relocated from Mandaluyong City to Tarlac.
2001
PDP introduces a global first; the revolutionary building wire harness.
2003
PDP introduces to the local power utilities the bipolar anti-theft cables which help eliminate power pilferage, thus reducing system losses. This product was developed by PDP’s affiliates in South America and is being used by South American power utilities.
2004
PDP reformulated all its THHN/THWN building wires to be lead-free wires.
2005
PDP celebrates 50 years and introduces lead-free cable tray rated building wires, enabling up to 30% savings on wire installations.
2006
Low-smoke halogen-free cables are produced at the PDP plant and introduced to the industrial and commercial sector.
2008
General Cable became the majority owner of Phelps Dodge Philippines after Andres Soriano Corp. (ANSCOR) sold some of its shares to General Cable.
2008
PDP launches Alumilite™; an aluminum alloy building wire with slippery additive (Flexiglide™) to meet the needs of its clients.
2010
PDP starts producing fire-rated cables which continuously conduct electricity in a fire up to at least three hours.

First in the country to introduce THHN/THWN-2 building wire that is moisture and heat resistant, flame retardant, and suitable for 90C wet and dry applications.
2013
PDP introduces its own busway system called Versaduct™ to the general market for various applications in electrical distribution.
2014
PDP became the first company to produce and offer metal-clad (MC) Cables with either copper or aluminum 8000 series conductor in the Philippines.

PDP also introduces its PD Engage Program which aims to address the client’s engineering requirements and to streamline the process without sacrificing safety, performance and reliability.
2015
PDP became 100% locally owned by Andres Soriano Corp. (ANSCOR) but still maintains technical and exclusive distribution agreement with General Cable.
2018
PDP starts to locally manufacture branch cables. This is a pre-fabricated cable solution that is cost effective alternative to conventional cables or bus ducts.

Mission
Vision
In 1955, when the Philippines was experiencing economic prosperity, two separate companies with one common goal forged ties with each other. Andres Soriano Corporation (ANSCOR) and Phelps Dodge, based in the USA, had one shared vision: to provide the highest quality standards in electric wire and cable products.

Over the years, this shared goal transformed into a way of life both companies believe in and follow. A tradition of uncompromising quality, and a culture of innovation give Phelps Dodge Phil. an edge in serving customers: top-grade and world-class solutions that provide protection for decades.

Sixty years later, Phelps Dodge Phil. and ANSCOR carries on this commitment to people, and customers, continually building strong relationships, facilitating communication and information, and powering up the nation.
Corporate Values
Corporate Commitments
As a company, we are guided by corporate principles and dedicated to specific goals. These are defined by the values we hold and the specific mission that we have taken on to realize our common vision for the future of our company and our country.
The Commitment to Quality
Phelps Dodge Energy Products Corporation continually strives for product excellence; to produce wires and cables that meet world-class standards. PDE complies with strict quality and performance measures and continuously search for new ways to improve our systems and adapt to new technologies. Our production uses only the finest raw materials and the latest technology to ensure consistently high-quality output. With our dedicated Quality Assurance team that continuously keeps a close eye on in-line testing at every stage of manufacturing, we ensure that our product and service quality is maintained at every step of production, up to shipping and distribution. As a mark of our integrity and credibility, we also secured the accuracy of our test and procedures through our cutting-edge ISO 17025 Certified Quality Assurance Laboratories.

Because of this dedication to high quality, our products have received approval from various international certifying bodies:


PDP also has the distinction of being the only Philippine manufacturer of wires and cables with five products approved by Underwriter's Laboratories:

We have not only excelled in product quality, we were also the first local wire and cable company to secure an ISO 9001 certification which is a testament to the excellent quality management system of Phelps Dodge as a corporation.

The Commitment to Safety
At Phelps Dodge Philippines Energy Products Corporation, the health, safety, and well-being of our employees and their families are essential. For this reason, the company has in place a long-standing initiative with two objectives: To eliminate workplace injuries and occupational illnesses and to influence employees’ behavior so that safety becomes a way of life both on and off the job.

It is the job of everyone in the team to create a work environment that eliminates occupational health and safety hazards wherever possible. If hazards cannot be eliminated, we work together to ensure that they are effectively controlled.

With our occupational health and safety initiative called “Zero and Beyond,” we as a team expect to strive for zero workplace injuries and occupational illnesses. We also encourage everyone to be constant models and champions of safety, not just in the workplace but also for their families and communities.

We are certified with ISO 14001, which establishes our strong commitment to environmental compliance and responsibility. Our products are ROHS-compliant, which means they are free of key hazardous materials, lead free and environment friendly.

With the introduction of lead-free low-smoke halogen-free wires to the market, we are moving towards the goal of taking less from the world even as we move progress onward. With continued efforts and support, it is our firm belief that this global goal will be met.
The Commitment to Community (Corporate Citizenship)
Phelps Dodge Philippines Energy Products Corporation is committed to giving back to the communities in which we all live and work. In the spirit of corporate citizenship and as part of our corporate values, we respect and strictly adhere to local laws and regulations and support local institutions wherever we are able.

Phelps Dodge Philippines Energy Products Corporation is more than just a company. It is a collective success of the talents, efforts, and dedication of our people and the quality systems and machinery in place in our manufacturing plant. Together, we proudly innovate to develop products and solutions that deliver safety, reliability and durability. We are always on the lookout for new technology to help propel our country to the progress of tomorrow.

At Phelps Dodge Philippines Energy Products Corporation, we consider our people our partners in success. This spirit of working together towards a shared goal allows us to strive for bigger and better wins every time to continue moving the industry forward.

As Phelps Dodge Philippines Energy Products Corporation strives for innovation and safety as a company, we also traverse our commitment to a better quality of life by supporting various units in our community through various charitable activities and programs.

From sponsoring activities that go all the way to the barangay level to cooperative efforts in partnerships with various local institutions, PDE has reinforced housing developments for the poor by providing cable products and participating in community nutrition projects, community clinics, and income-generating activities. PDE is also a partner in the Gawad Kalinga (GK) projects, having donated TW wires to GK housing projects in Quezon and Bicol, helping make available to the various GK sites high-quality wires at special prices.

As the year 2020 became a year of challenges, some provinces also experienced one typhoon after another, ravaging the regions of Bicol and North and Central Luzon. These typhoons left millions of people affected and many without homes.

In this moment of need, PDE rose to the occasion by donating financial assistance to various partners who organized relief operations to the communities battered by the typhoons. It donated P500T to A. Soriano Foundation and participated in the relief operations in Cagayan organized by one of the Company’s dealers in North Luzon. The relief operations visited and distributed essential goods to different barangays in Cagayan, and PDE also donated 100 hygiene kits for 100 families in Bicol and another 100 kits for 100 families in Northern Luzon through Habitat for Humanity, amounting to P1.77M.

For the long-term, the Company is also looking at supporting Habitat for Humanity’s housing projects in the same areas.

I specify your brand in my specs. I do this because we consider your products to be of good quality, this was taught to me since I was a young architect and it has not changed since then.

I use Phelps Dodge wires because of quality and durability, and for safety. Tested ko na ‘to for so many years in my every project.